With the quick release built into the DJI propellers you can replace the propellers on your DJI drone in seconds.
This method applies to the Quick Release propellers for DJI Mavic Air, DJI Mavic Pro (including Mavic Pro Platinum) and DJI Spark drones.

Un-fold your Mavic Air drone and place it on an even surface. Now, identify the propellers with the white line marks on them. They will be placed diagonally one in the front and other, diagonally at the back. 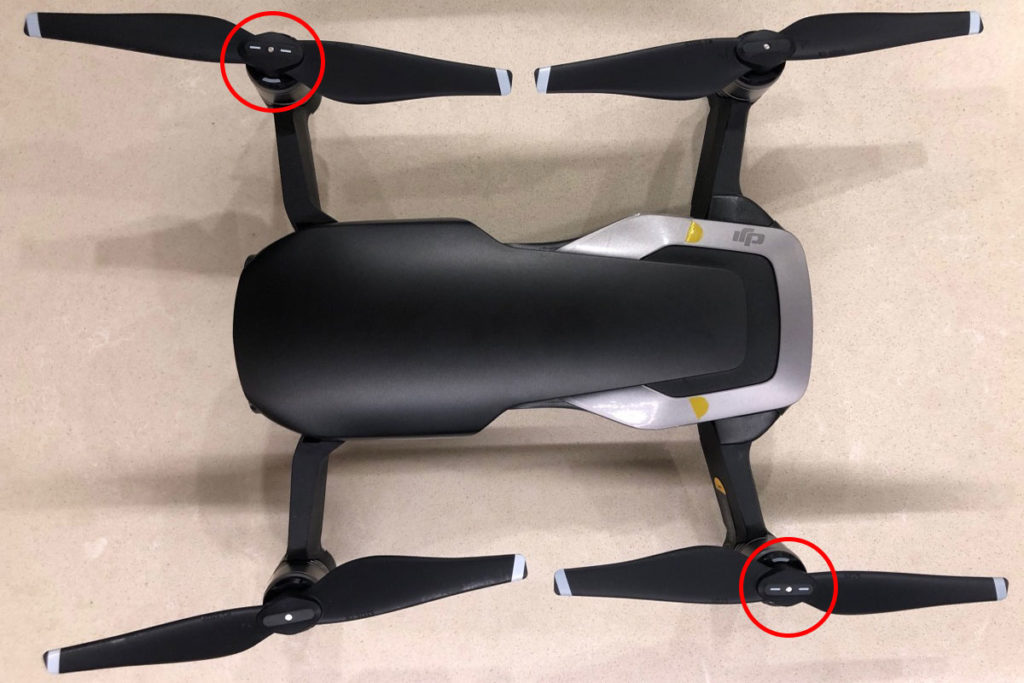 Note: place your fingers closer to the centre of the propellers, roughly where the arrows are in the below picture. Pushing down the propellers towards the edge may lead to breakage.